Wikipedia mentions :”rAjNI devi Maharagya was pleased with the devotion of Ravana and appeared before him and Ravana got an image of the Goddess installed in Sri Lanka. However, the Goddess became displeased with the vicious and licentious life of Ravana and so didn’t want to stay in Sri Lanka. Therefore, she is believed to have instructed Lord Hanuman to get the image from Sri Lanka and install it at the holy spot of Tul Mull.

Though Ragniya is a Rupa of Durga, this one is a Vaishnav Rupa in Kashmir Ragniya is also known as Tripura, while in (Sri) Lanka, the Mother Goddess was called Shayama. Sita too, is believed to have been an incarnation of Ragniya. Ragniya Mahatmya has it that those who meditate on Panch Dashi Mantra during Nav-reh, Mother Ragniya grants their wish.” 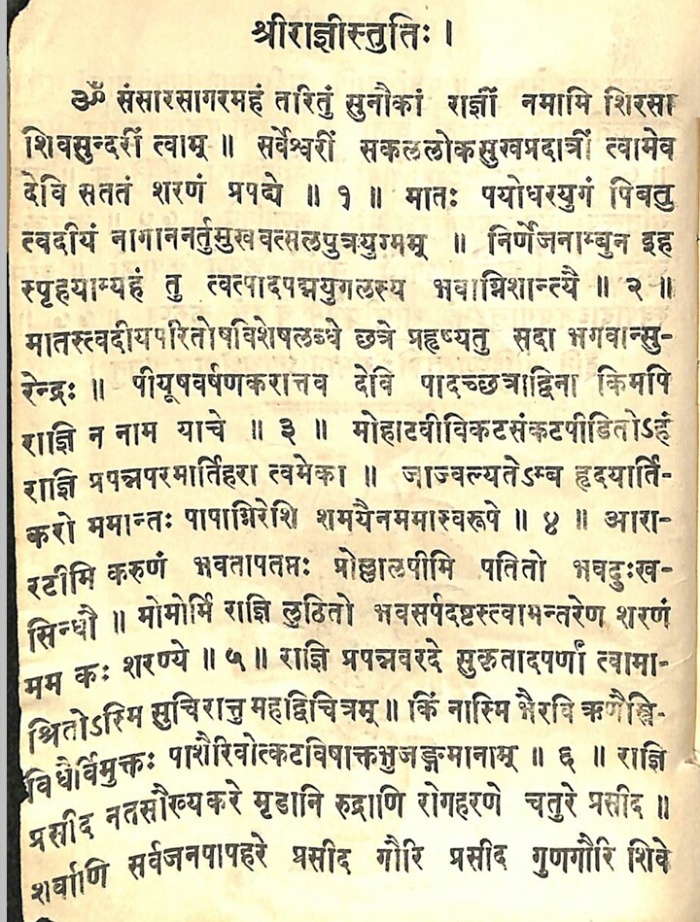