Only mahArAshTra based shuklayajurvedIns uses this mantras in pushpAnjalI ( mantra pushpaM ) .In present even among them rarely full mantras are recited. Out of complete 23 mantras only 7 mantras are recited presently .These mantras are called deve because they are addressed to vishvedevtas ( all gods ) and all mantras of ‘deve collection‘ have word ‘devA’ in them .Modern vAjasaneyA employs only following mantras –
1) गणानांत्वा०
2) अम्बेअम्बिके ०
3) यज्ञेनयज्ञ०
4)राजाधिराजाय०
5) स्वस्तिसम्राज्यम् ०
6)विश्वत ०
7) इष्ट गायत्री

And glimpse of past glory is :- 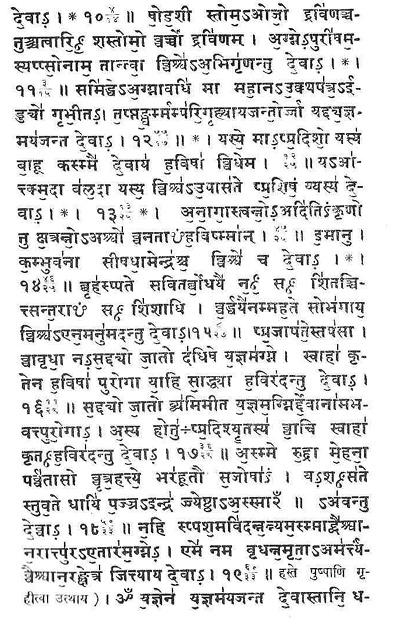 White yajurveda or
‘suklayajurveda ‘ is densely followed veda shAkhA in North India .With time rituals and ritual manuals ( prayogaM and paddhatI ) of vAjasaneyas changed , fancy manuals ( inauthentic elaborate rituals composed by priest class for more earning ) replaced pAraskara sutra , kAtIya parishisTha and yAgnavalkya smrutI based manuals .Such authentic and authority prayogaM and paddhatI books are either out of print or in possession of some old vAjasaneyas . Those who want to teach authentic prayogaM and Ahnika as nitya adhyayana ( study of veda without desire as duty of brAhman ) at their home lacks students and pAthasAlAs with fancy prayogaMs are full ( as they teach how to graspe dakshinA on behalf of ritual
). For example ,in our city before 75 years ‘ Anhika sutravalI ‘ ( which is an authentic and authority granTha ) was followed, then priests and commoners started using ‘ bramhakarma sammuchaya ‘( a fancy and inauthentic granTha which even lacks aupAsana homa , agnihotra , sthAlipAka prayoga and aparkarma prayogas ) now all are using ‘nityakarma puja prakAsha ‘ ( inauthentic in sense of pramAna from sutra ) .All this fancy manuals contains elaborate rites and rituals even each have unique sandhyA prayogaMs based on none .The actual sandhyA according to kAtIya sutra don’t take more than 20 minutes ( Assuming 108 gAyatrI japaM ) and sandhyA in this manuals are so bulky that they consumes single hour .Due to such reasons many have given up their vedic practices .To restored Authentic vedic practic of shuklayajurveda my next posts will be on some authentic prayogaMs ( of course with pramAna ) word by word following pAraskara sutra. 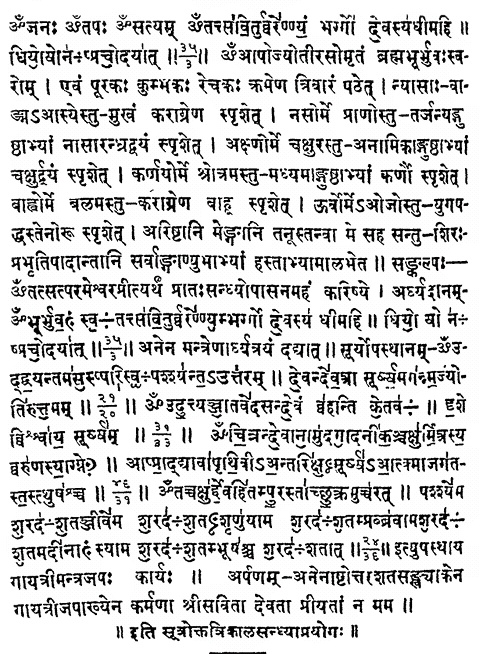 From the earliest vedic period  ‘shukla yajurveda ‘(in mAdhyandina sub recension ) was prevalent in nepAlamandala. ( only HindurAshtra Nepal ). Famous kingdom of ‘videharAja janaka ‘ actually will have included some parts of the nepAlamandala
. These then would be the
earliest literary references and material remains of Vedic culture in nepAl. There are several authentic and peculiar ritual handbooks belonging to mAdhyandina shAkhA   in nepAlamandala . It seems that in nepAl of the 15th century, the old way of Veda recitation as described by the great grammarian pAninI  was still extant, while it had died out in this form in most parts of India.  Today, this type of recitation survives only with some families in kerala. It would, therefore, seem that the older way of Vedic recitation, which dates back even to earliest vedic times (i. e. pronouncing the UddAta, and not the svarita as the syllable with the highest tone) . The medieval Vedic transmission and the actual recital of the texts therefore seems to have been very conservative and faithful in nepAl. On the other hand, there was a considerable influence of the North Indian traditions, coming with the maithilI Brahmins.

While undergoing a  nepAlI treaties ‘ bAlabodhinI rUdrAbhisheka paddhati ‘ (बालबोधिनी रुद्राभिषेकपद्धति ) I came to know about a peculiar form of mahAnyAsaM prevalent only in practice of vAjasaneya brahmins ( or shuklayaju-shAkhAdhyAyins )of nepAlamanda. Deviating from shuklayajurveda-sarvAnukrama sutra ( a treatise describing rishI , devatA ,chhanda of mAdhyandina samhitA ),it mentions of peculiar rishIs and devatAs for the mantras.
The treatise neither mentions of the original source from where these version of  mahAnyAsaM is taken nor of peculiar vinIyogas. A tantric infulence is also their on this version , as it starts nyAsa procedure from SrI kanTha mAtrUkAnyAsa (श्री कण्ठ मातृकन्यास ).( a pure shaiva tantric nyAsa ). Then  laghunyAyasaM is performed, also several nyAsaMs are performed by mantras of rUdrI . In last a purvapujA is performed to lord shiva .Of course the instructions are in nepAl bhAshA but mantras are in Sanskrit. The script is of devanAgrI lipI . 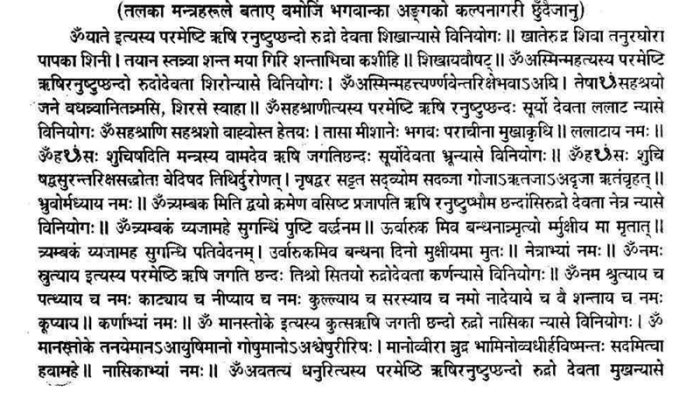 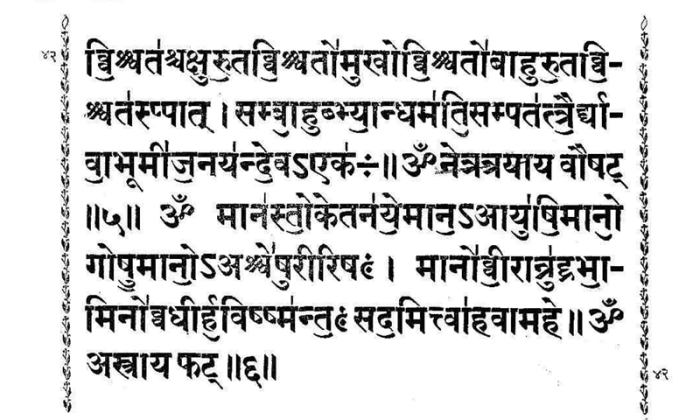