SandhyAvandana is a basic ritual that a brAhman should observe  after upanayan till death .The tradition of kaThas ( kashmiri brAhmans )
) is  declining fast.
I have used a ritual manual of satIsara vidwAns for this study.
There are several akshara ashuddhis ( peculiarities due to pronunciation ) in manual .Yet I have not corrected them because they are due to pronunciation “what they pronounce they had written that with out concerning authentic text ” .
SandhyAvandan of kaThaka yajurvedins have been described at last with instructions in Hindi for every step.
The mantras used in prayoga are from kAThaka samhitA and are unaccented.
A small tantric influence is also there. I was unable to trace any authentic source for this kAthaka sandhyA prayoga .Only tradition followed by satIsara brAhmans ( satIsara brAhmans are one among subdivisions of kashmiri brAhmans ) was source for this prayoga .
I’m also not aware of any variation due to family traditions, region , subdivision among kAthakas .
Even kashmiri brAhmans have peculiar names for this steps which are against the standard names and are quite misleading and confusing.( for example they use word tarapan for dropping the water i.e. vinIyoga )
This peculiarities are due to not well preserved written text and consciousness living tradition. 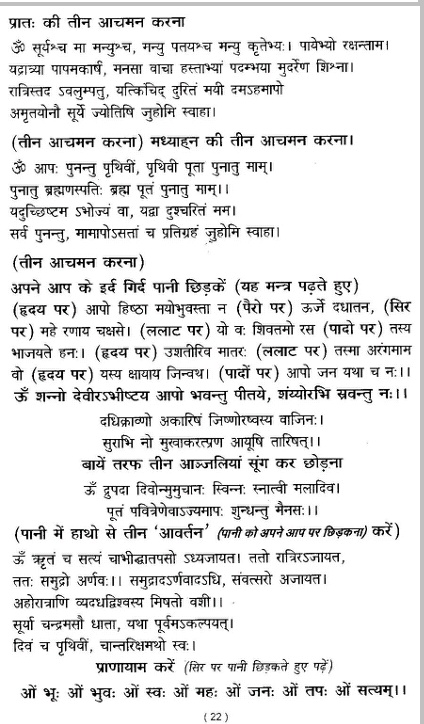 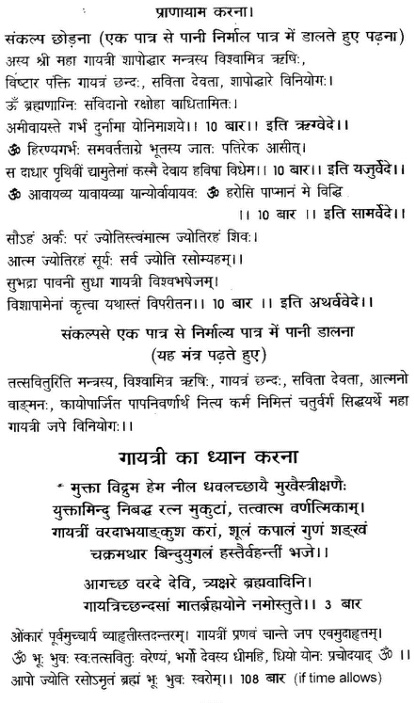